BAYS was founded by William F. Bowman who held the title of Executive Director and President until his retirement in December 2009. Under his direction, BAYS became and remains one of Florida’s largest Department of Juvenile Justice non-residential providers. BAYS is governed by a diverse Board of Directors and has a Senior Leadership Team that imparts many years of juvenile justice, child welfare, and high level management experience.

The BAYS Senior Leadership Team is comprised of: 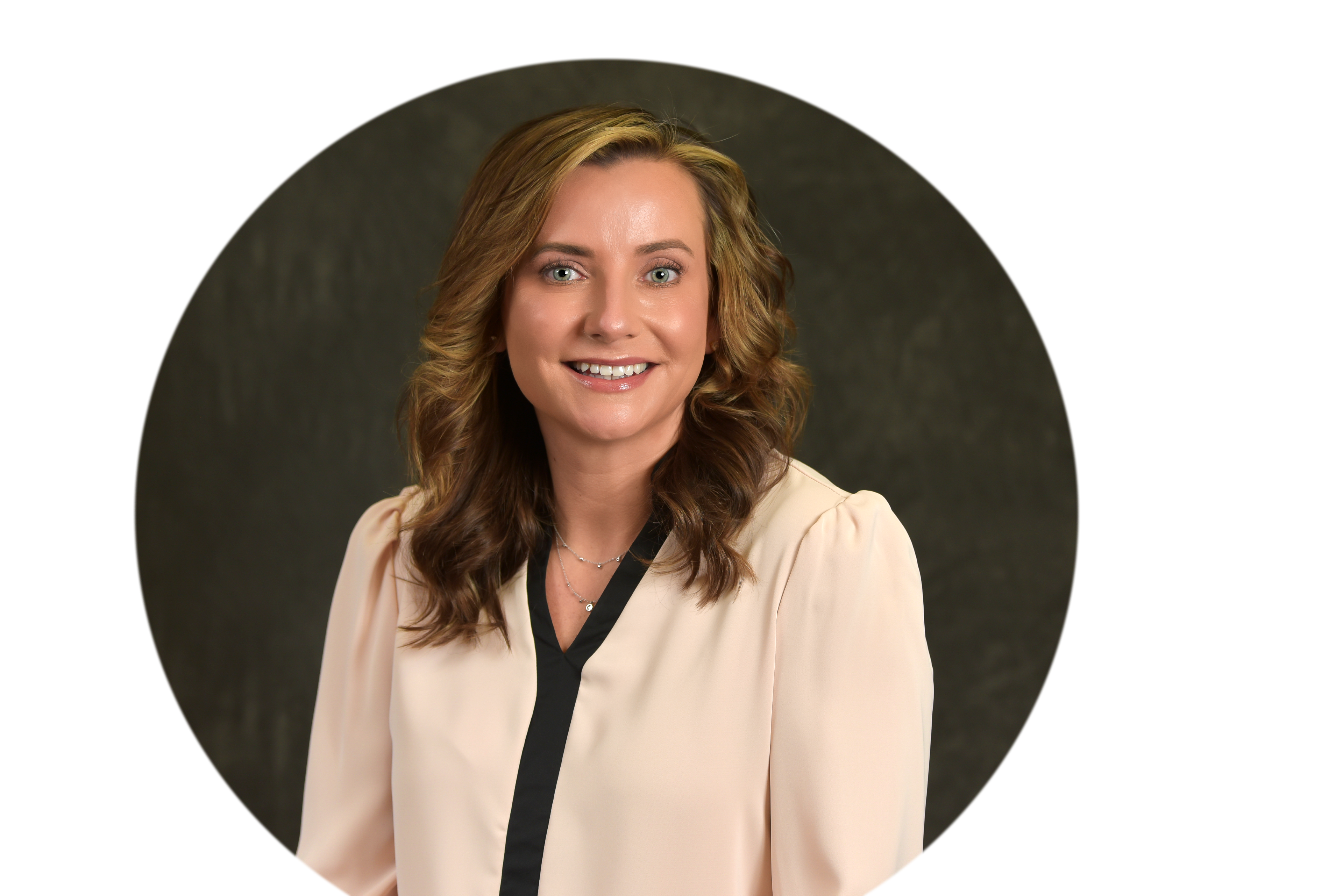 Christine Pringle joined BAYS in 2021, as Senior Director of Programs.  She is a Licensed Mental Health Counselor and Masters Certified Addiction Professional.  Christine is originally from Chicago, Illinois and completed her Master’s Degree in Counseling at Webster University.  She has over 15 years of community service, clinical and counseling experience across a variety of settings including case management, crisis intervention, structured outpatient programs, inpatient psychiatric, large nonprofits, residential and private practice.  She has also provided clinical and administrative supervision to mental health counseling students, interns and professionals.  As a leader in her field dedicated to increasing access, knowledge and advocacy to behavioral health care, Christine, is active in her community promoting and educating on individualized, proactive and normalized approaches to mental health care.  Christine believes that healing is a collaborative endeavor that requires an interconnected and supportive approach. Through her work, she is passionate and committed to helping individuals and families overcome the challenges and barriers that come along with mental health. 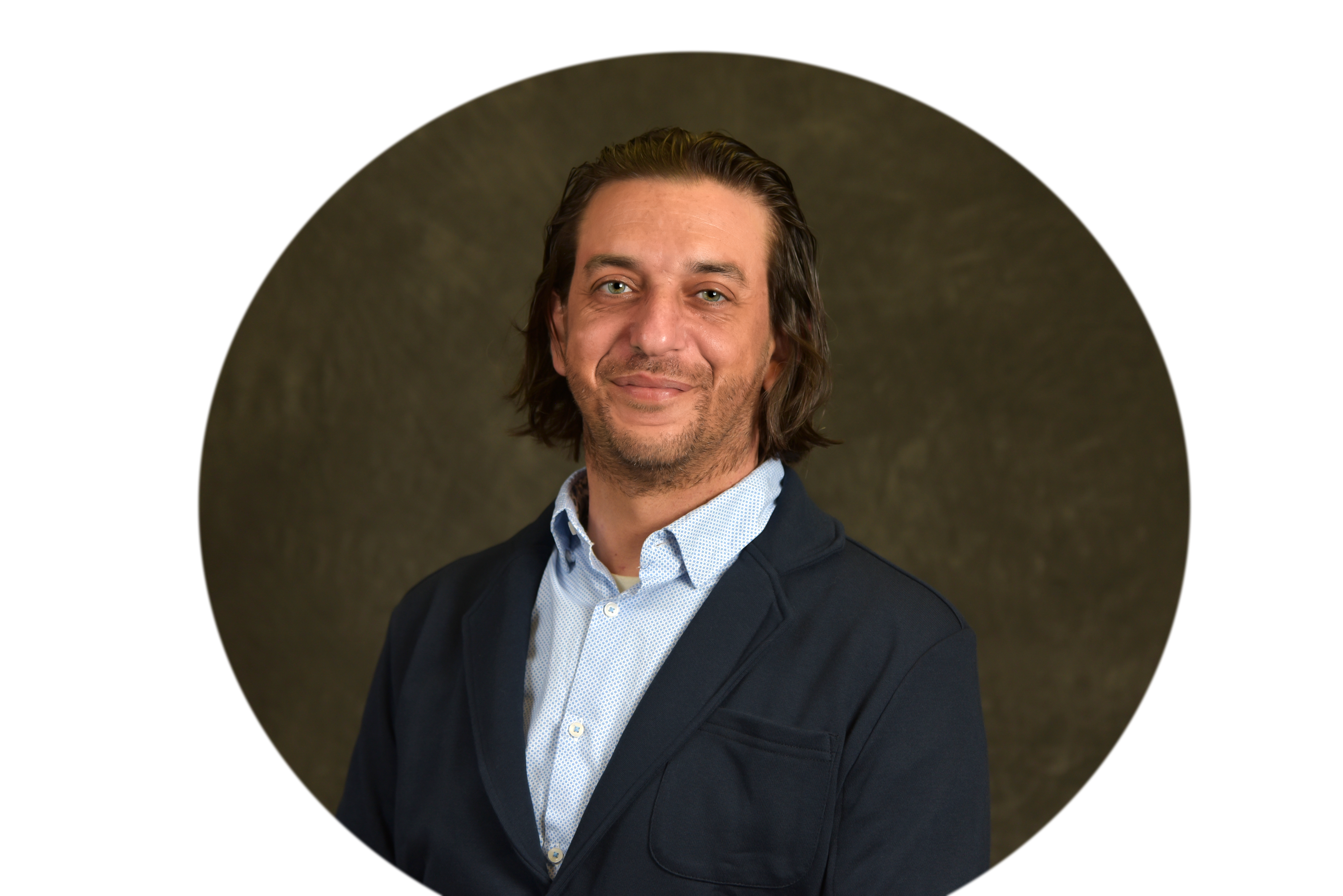 Adam Cohen joined BAYS in September 2014 as the Director of Clinical Services and was promoted to Director of Behavioral Services in 2019, then promoted to Director of Behavior Health Services in 2020.  Adam has worked as Florida Department of Juvenile Justice Juvenile Probation Officer, an inpatient therapist in a State Inpatient Psychiatric Program (SIPP), an outpatient therapist, and a clinical assessor. Adam has a Bachelor’s degree in Criminal Justice and a Master’s degree in Social Work from the University of Central Florida. He is also a Licensed Clinical Social Worker and a Qualified Supervisor of licensed clinical interns. Adam and his wife are proud parents of five wonderful children.  In 2021, Adam retakes the leadership of  Clinical Services. 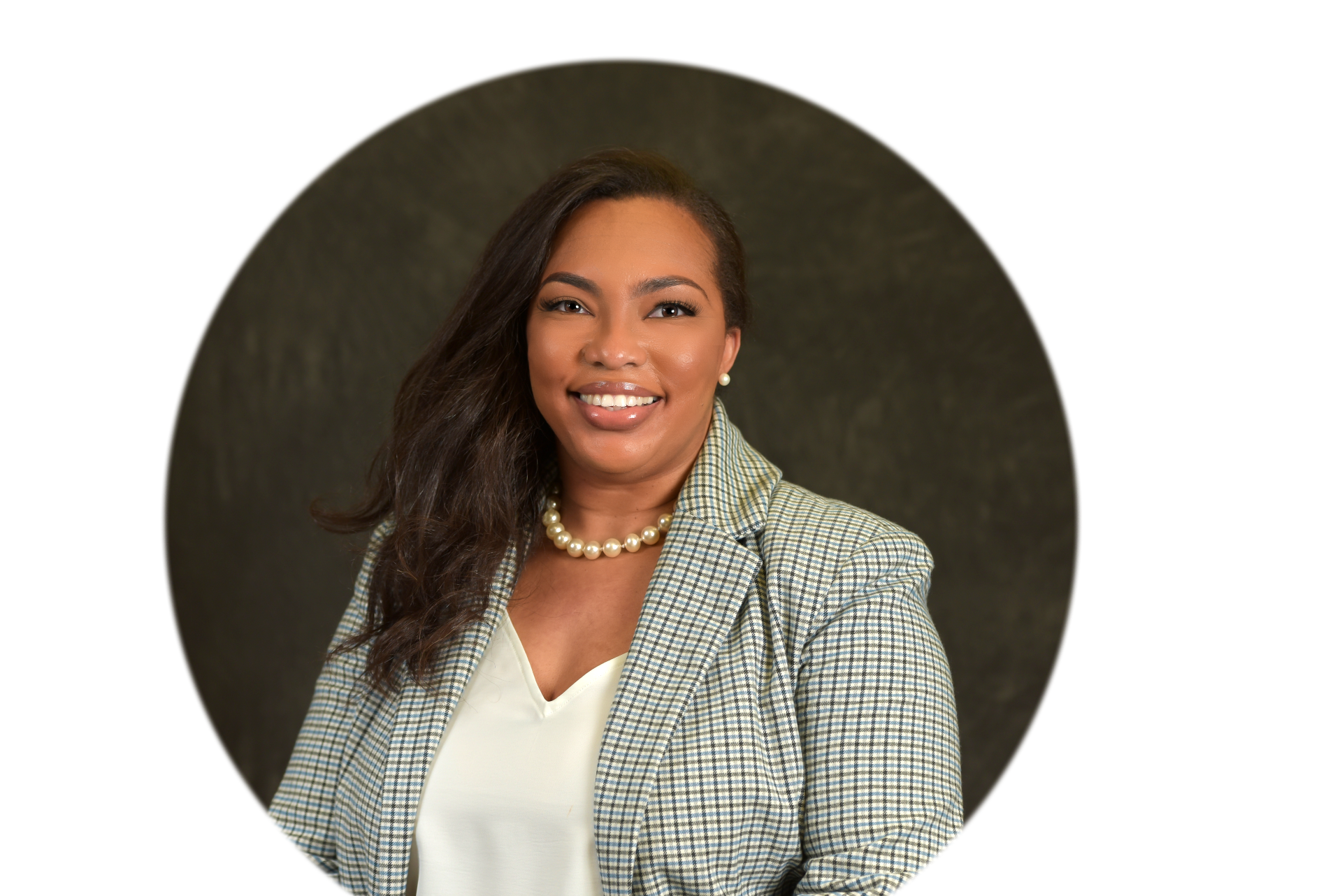 Owanna Stout joined BAYS as a Senior Case Manager in 2014. She brought with her a wealth of knowledge in the juvenile justice arena, which was honed while working with the Florida Department of Juvenile Justice. At BAYS, she quickly moved up the ranks and within 6 months of being hired, she was promoted to the Supervisor of Circuit 7. Owanna continued to excel within the organization, which was evident when she was named the 2015 Supervisor of the Year. Owanna received a Bachelor’s of Science degree in Social Sciences from her hometown university, the University of the Virgin Islands. She also holds a Master’s of Science degree in Criminal Justice from Nova Southeastern University. Her most recent promotion as the Senior Regional Director of Diversion Services will allow her to continue her work in the juvenile justice system that she began in 2007. 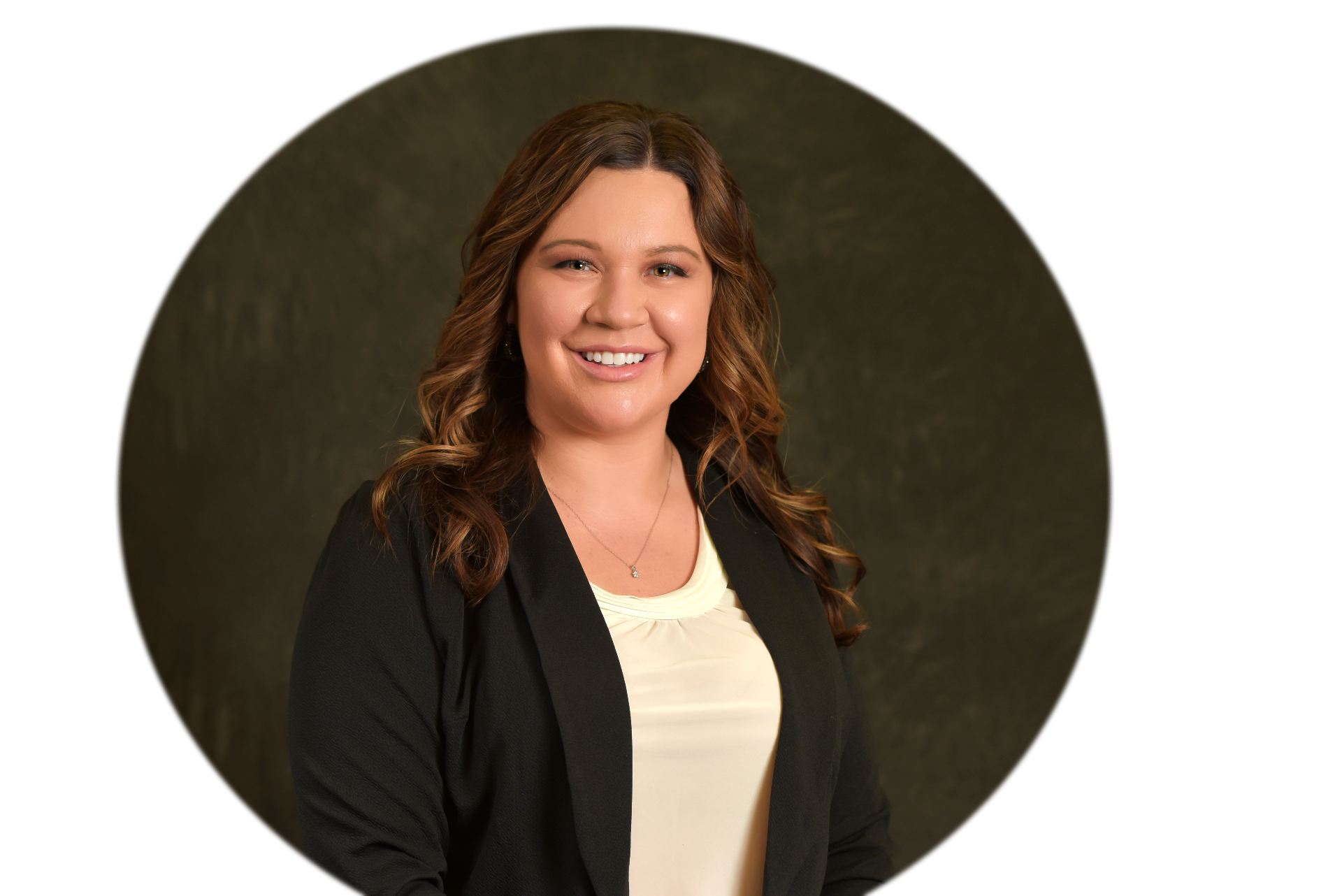 Angela Hammock joined BAYS in November 2009 as a Case Manager in the Tampa's Circuit 13 program office. In 2012, she was promoted to Senior Case Manager and in 2016 she was promoted to Circuit 13 Supervisor. In 2018, Angela received the Supervisor of the Year award at BAYS. Angela holds a Bachelor’s of Science degree in Criminology at the University of South Florida.  Her most recent promotion as the Regional Director of Diversion Services for the South & Central Region will allow her to continue her work in the juvenile justice system that she began in 2009. 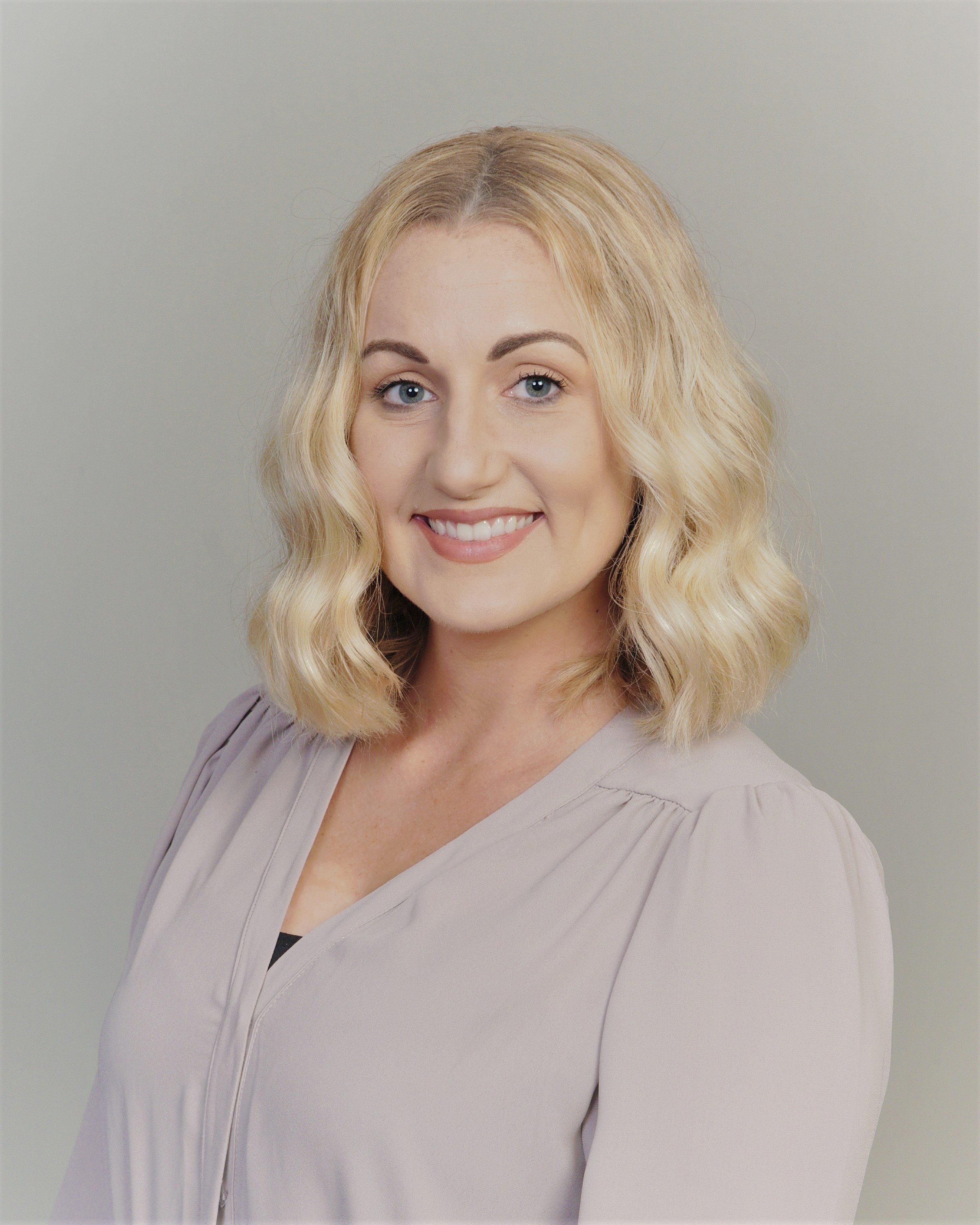 In September of 2018, Megan left her role as a Juvenile Probation Officer to join Children’s Home Society as a Clinical Counselor. While in her first year at Children’s Home Society, Megan provided therapeutic services to children and families primarily in the dependency system. She also provided crisis intervention through the Transitional Trauma Team and Acute Intervention Team. She became a well-known figure in the community as it related to her ability to effectively manage crisis with teens and young adults and worked tirelessly to advocate for youth through her work with the Duval County Treatment Courts. Megan received the award of “Therapist of the Year” through the Florida Coalition for Children in July of 2019; within her first year of being employed as a Clinical Counselor.

In December of 2020, Megan accepted employment at BAYS. Megan was appointed as the Lead Clinician and the Program Supervisor. During her time at BAYS, she has worked together with FFT LLC, the Partnership for Child Health, and BAYS to implement the Functional Family Therapy program in Duval County.

In August of 2022, Megan accepted a new position within BAYS to serve as the Director of Prevention and Family Services. Megan’s position with directly oversee both the STRIVE and HOPE programs and any future prevention programs. 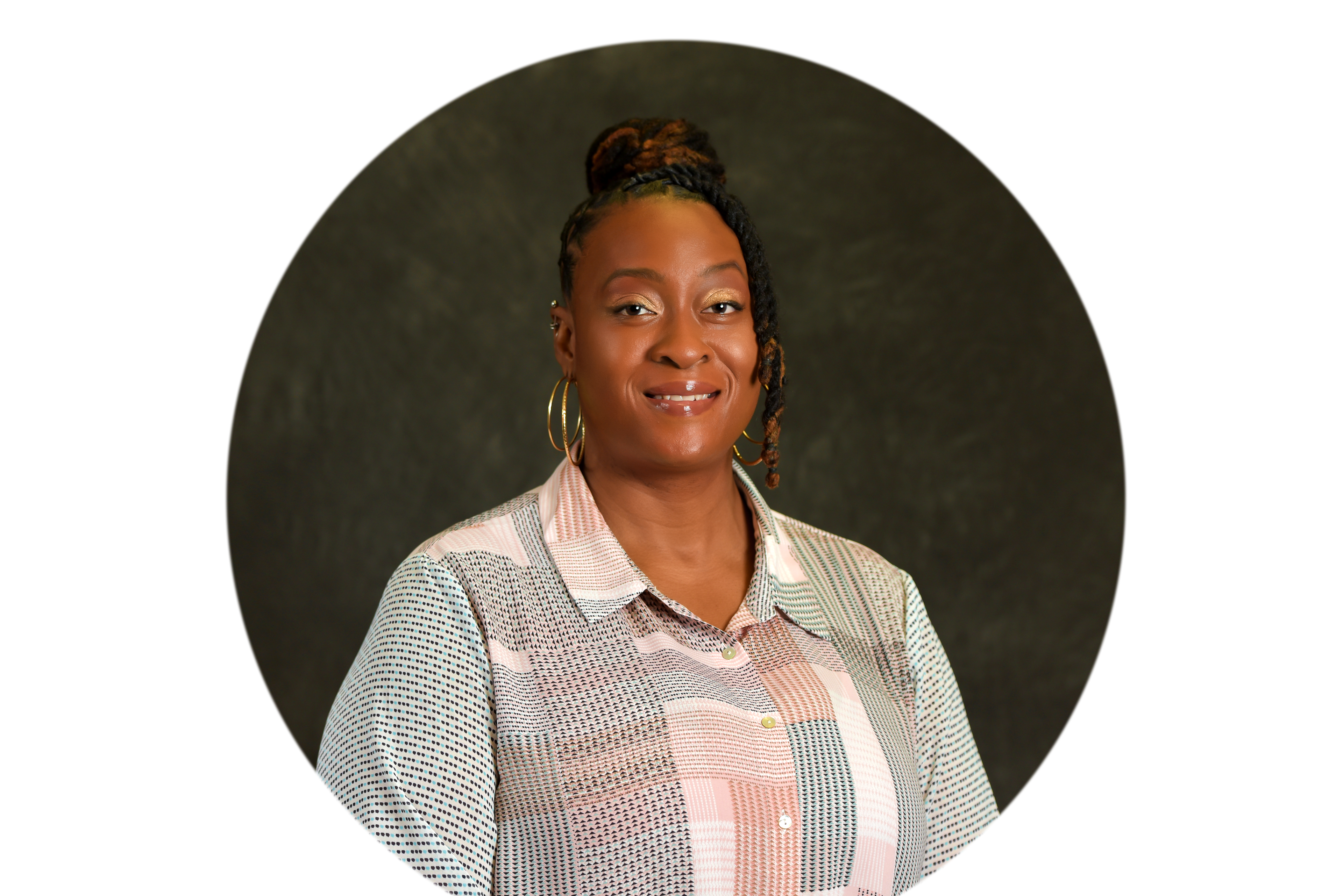 Charmaine Bens joined the BAYS team in June 2013 as a Senior Case Manager in Palm Beach County.  In March of 2014,  she was promoted the Circuit Supervisor.  During that time Ms. Bens helped to solidify meaningful relationships with the Department of Juvenile Justice and the local State Attorney’s Office.  In 2016, Ms. Bens was instrumental in starting the JDAP Program in St. Lucie County.  During her tenure with the agency, the slots have increased in both areas and the programs have continue to thrive.  In August of 2021, Ms. Bens was promoted to Regional Director.  Ms. Bens earned her Bachelor’s Degree from Florida Atlantic University in Interdisciplinary Studies in 2009.  Shortly after graduation she began her career in diversion services.  Ms. Bens is the proud parent of three children. 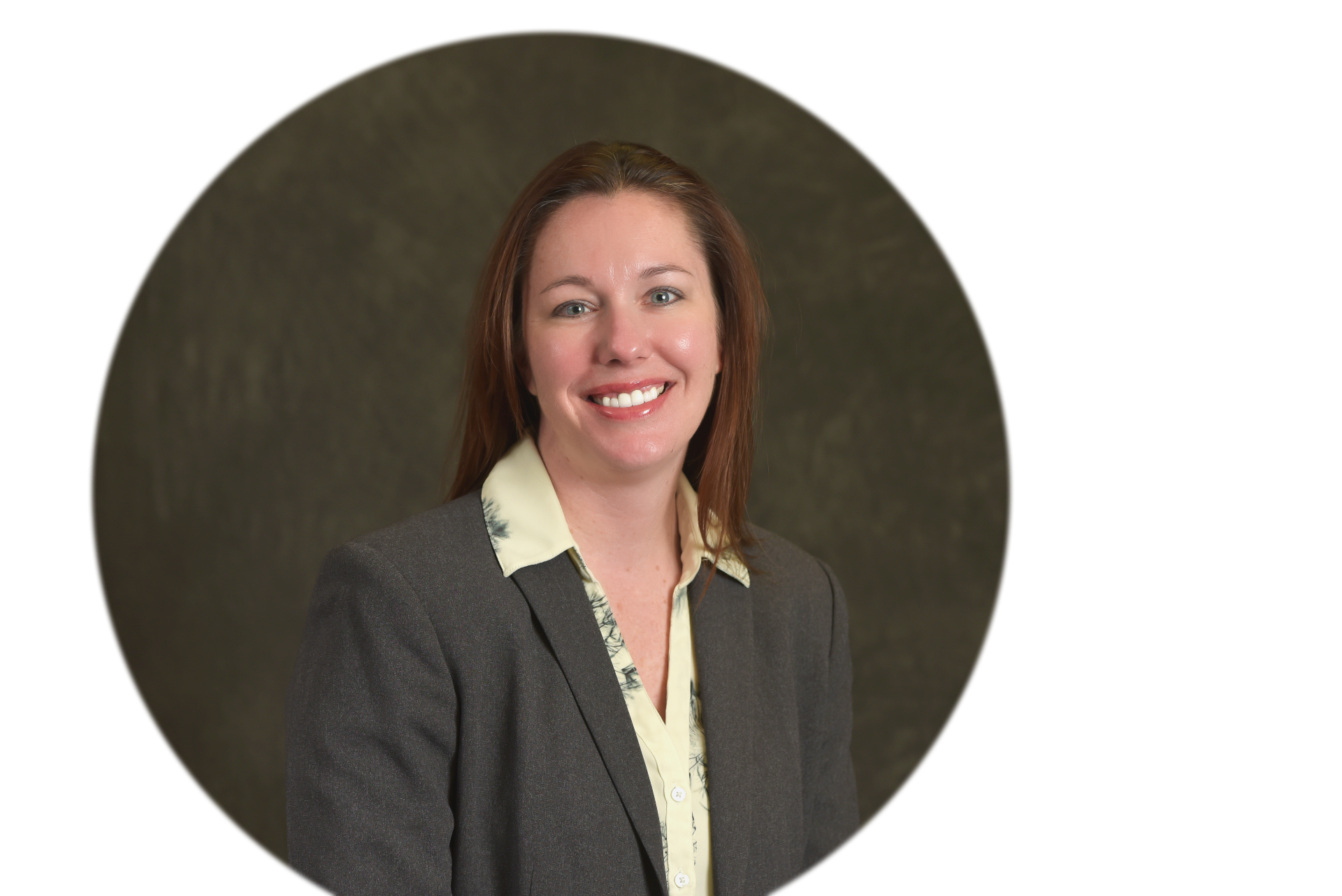 Sarah Barsalou joined BAYS in 2013.  She has served in several capacities while at BAYS, including Circuit Supervisor, Regional Manager of Diversion Services, Training Coordinator, and now as Director of the Community Supervision Program.  She came to BAYS experienced in the juvenile justice field after working for 8 years at the Florida Department of Juvenile Justice.  She is a certified trainer in CPR/First Aid/AED and Motivational Interviewing, and has also served as a trainer for DJJ’s DRAI (Detention Risk Assessment Instrument), PAR (Protective Action Response), and Suicide Prevention.  She graduated from UCF with a Bachelor’s Degree in Criminal Justice.  She’s currently involved in Circuit 9’s Circuit Advisory Board where she serves as the membership committee chair.  She resides in Sanford, FL with her two boys and enjoys her involvement in her church, playing piano, and watching UCF Knights football. 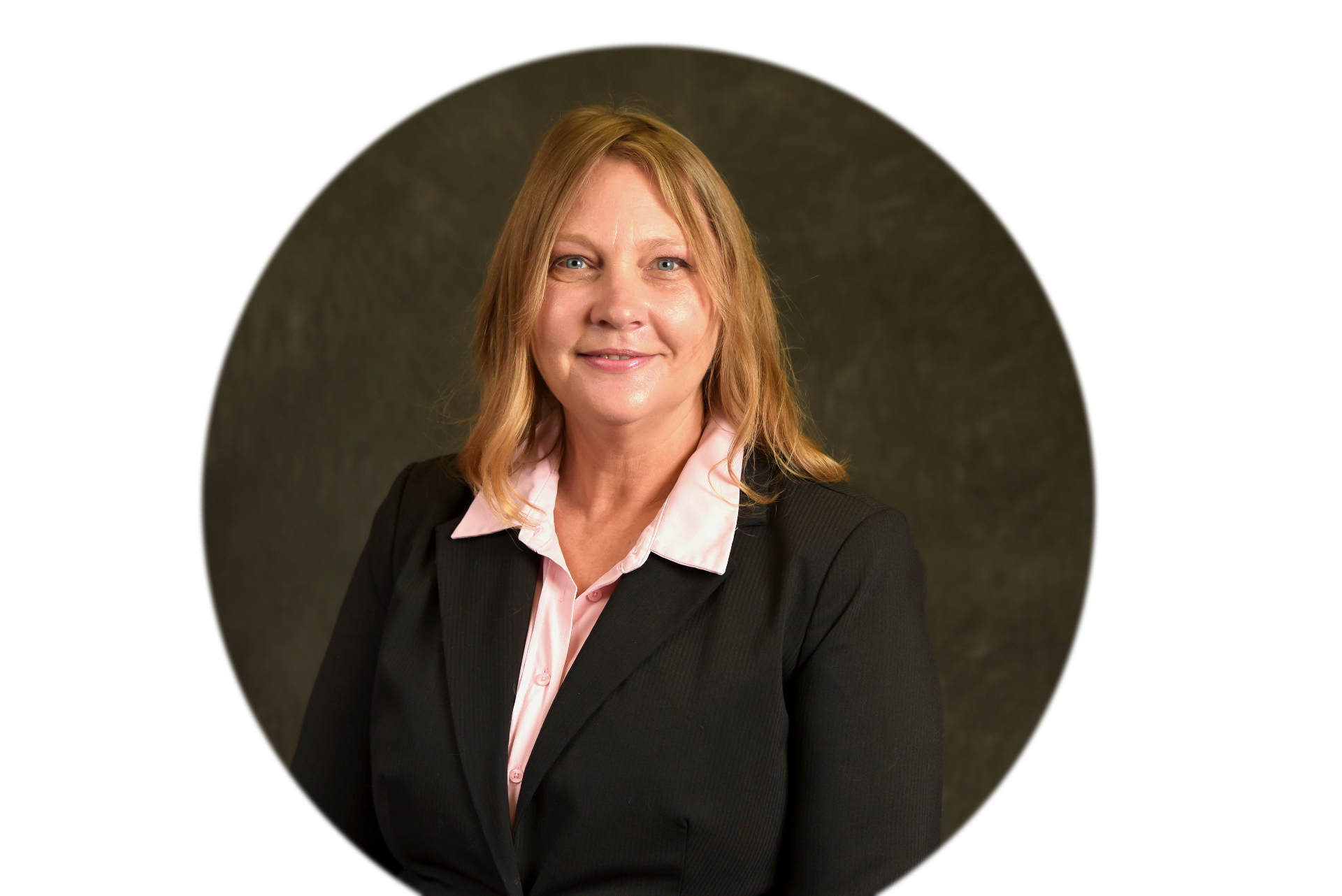 Michele Unger joined BAYS in 2021 and serves as the Training and Development Manager. Prior to joining us, Michele spent several years in child welfare, where she transitioned from her role as a Senior Child Protective Investigator into child welfare training and development. She spent 6 years with the USF Child Welfare Training Consortium in a variety of roles. During this time, she trained field staff, managed statewide training teams, and coached, trained, and certified other child welfare trainers throughout Florida. Michele holds a Bachelor in Psychology from the University of Florida, and a Juris Doctor from Stetson College of Law. She is an unabashed adventurer and animal lover. On her free time, Michele relishes her time with family and friends. She travels as often as possible and is forever seeking clear blue waters and snow-white sand bars on her paddle board. 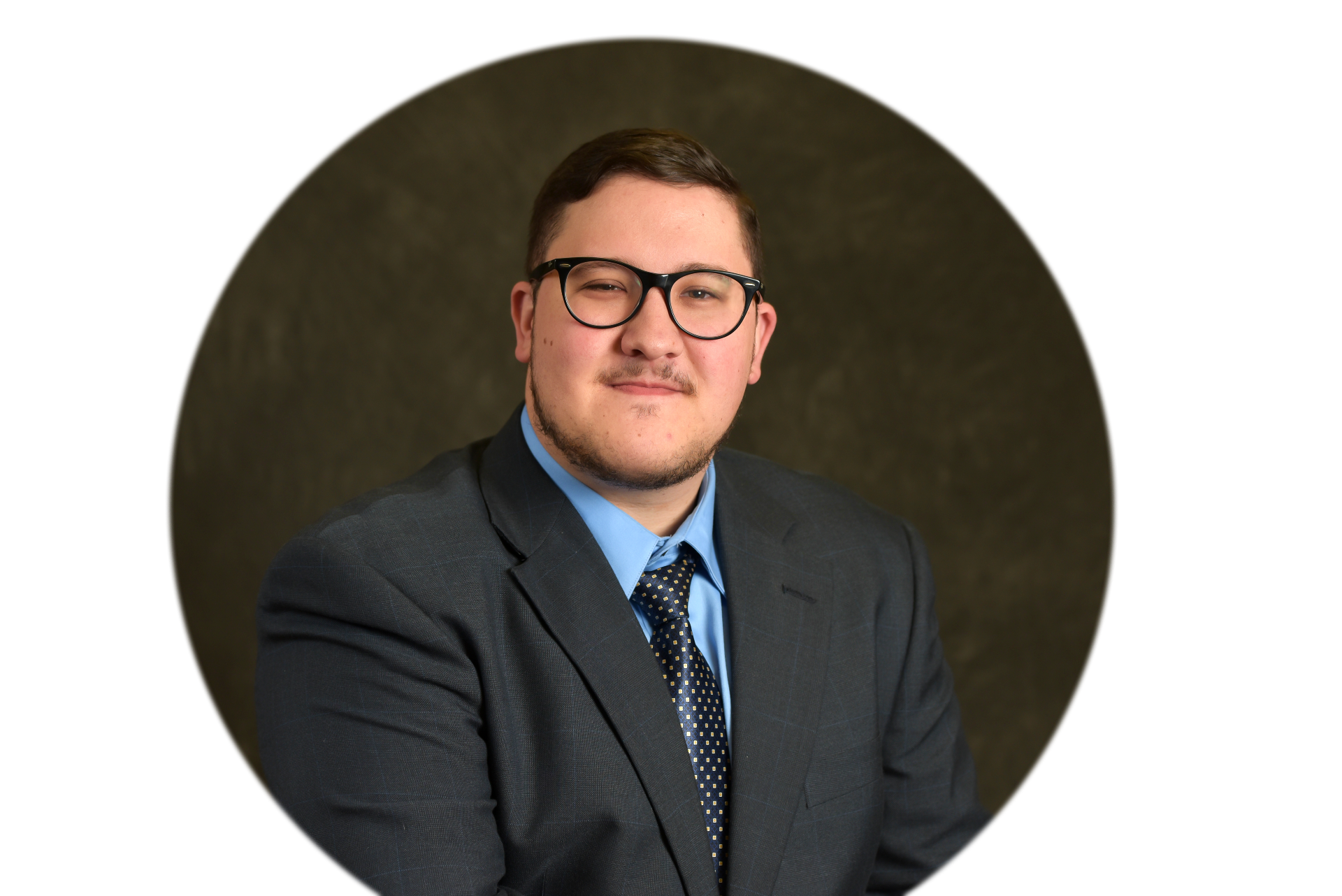 Nicco LoCascio joined BAYS in 2019. He came on board as the Lead Community Supervision Specialist for C6 and C13 for the CSP Program. He came to BAYS experienced in case management and working with at risk youth. He was promoted to Central Regional Coordinator in March of 2020. Mr. LoCascio was instrumental in helping to build a new program in the Central Region called the Community Supervision Program. He graduated from FSU with a Bachelor’s Degree in Social Work. He resides in Clearwater, FL and enjoys watching sports, kayaking on the weekend, and spending time with friends and family. 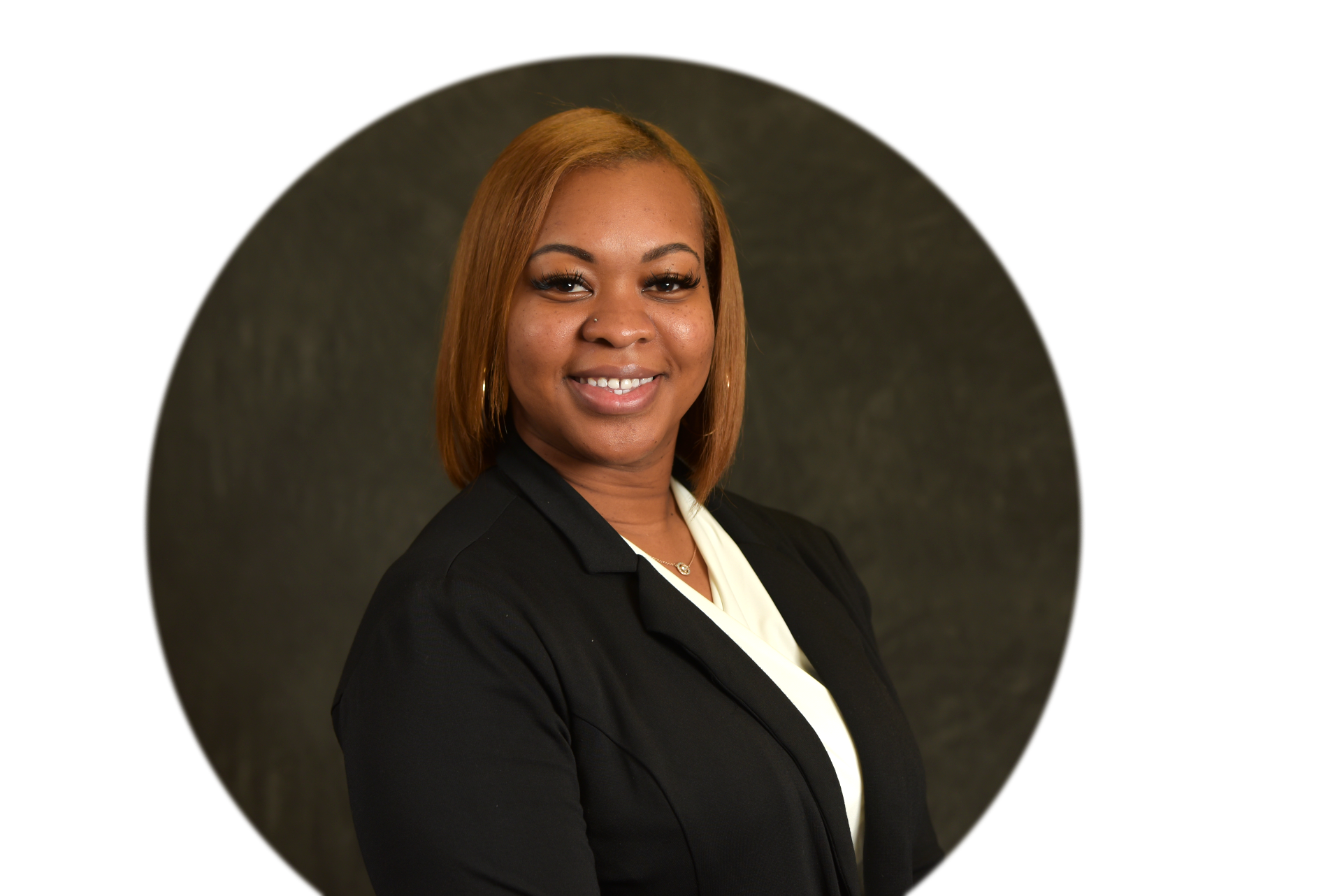 Aleisha Minnifield joined the BAYS team in October 2019 as a Community Supervision Specialist and was promoted to Lead Community Supervision Specialist of Hillsborough, Pinellas, and Pasco county in March of 2020. Aleisha received the CSP Leadership of the Year award December of 2020. Prior to joining BAYS she spent 5+ years working for a nationally accredited home visiting program for expectant parents of newborns experiencing stressful life situations, improving childhood outcomes, and increasing family self-sufficiency by empowering families through education. Her most recent promotion November 2021 as South Regional Coordinator will allow her to continue her passion working with the  juvenile justice system.